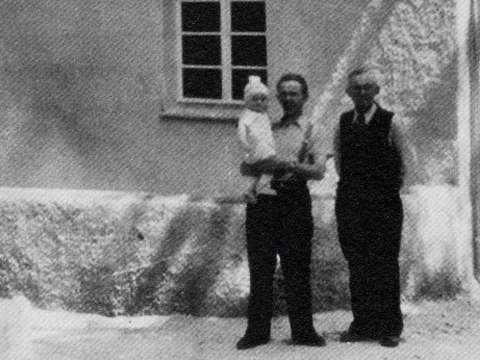 Johann, Josef I and Josef II Irlbacher (from right to left) in front of the workshop in Dietersdorf

At the beginning of the 20th century, Johann Irlbacher learns the craft of glass polishing in a glass grinding shop in the Upper Palatinate. After the First World War, the gradual decline of the artisan flat glass production, which had been based in the Bavarian-Bohemian border region for centuries, begins – industrial processes produce flat and uniformly thin glass; the process of polishing becomes increasingly obsolete. To escape this structural change, Johann Irlbacher founds a glass processing company in a small workshop in Dietersdorf near Schönsee in 1935 and soon specializes in the production of photo plates and slide glass.